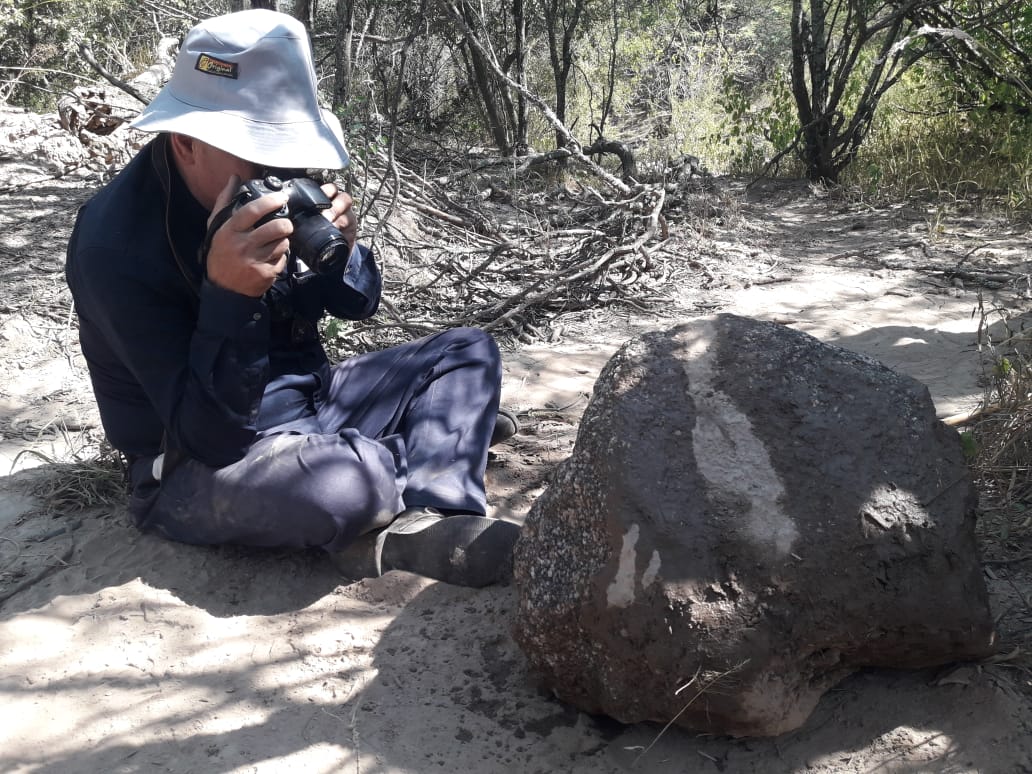 Phenomena and Laws in Common between Astronomy, Geology, and Zoology

It is clear that the present analysis should give us an answer as to if we are facing an intergalactic phenomenon or one originating in the depths of our planet, at specific levels, when the bacteria descend or emerge transported in rocks, with surprisingly exceptional attributes, transmitting intelligent lives onto the earthly surface and adding them to that which alreadyexists.

This finding, which I am reporting, corresponds to both entomology and geology, because the birthplace of the unknown species that live inside our rock is in the 2900 km thick layer of hot subterranean lava rock whose upper limit is approximately 1000 km beneath us where, according to theorists criteria, it is conjectured that from that point to the nucleus, there are secrets kept which are replicated in the great altitudes.Although I believe that it is actually the inverse because our planet is not the first one to have appeared in the cosmos, and I estimate that this finding should be taken advantage of by scientists because it is an unrepeatable opportunity and because there are fewer possibilities of descending into the Earth than of traveling to space.

However, giving this theory an illogical twist, as a unique model that explains and makes understandable the unity of uneven objects, I have had to opt for this way to classify and give direction to the nature of the rock NOOHRN; to understand it better, deliberately “omitting” it as if it came from the magma or molten rock inside the Earth in its first bacterial stage and were able to survive the high temperatures and because nothing of these segments is.

known with scientific certainty at these levels. For this reason, I expound as if our rock were the “twin” of the one that came from Mars and farther beyond our solar system, like the asteroid Oumuamua sighted in Hawaii in 2017 and because interest in it has already been proliferated and spread through all of the space agencies and scientists in these matters, “because of the clear irrationality of the erratic courses in its movements”, which makes it easier for me to explain this same phenomenon that I had already lived with Noohrn beginning in 1992. So, today is the moment to bring to light the archived topics that I have avoided making known in order to not be defamed and to avoid the criticism which could have been reasonably attached to me.

I repeat. Whether the origin of these rocks is from the interior or the exterior, the imaginative results would still contribute to a 1,000 year jump in the findings of Astronomy, Astrophysics, Astrobiology, and Zoology, but with the certainty of concrete material proof like that which we are working with today and not as a speculation of Philosophical Cosmology, contributing ourselves to the partial complement provided by the replica of Aumuamua described today,after 25 years by the Director of the Department of Astronomy at Harvard, USA, who confirms the singular and inexplicable abilities of these “rocky beings”, as I best define them.

Had the absurd acrobatics of Aumuamua notoccurred, I would not have been able to publish thisarticle, becauseitdealswith implausible things and behaviors.

However, the rock Noohrn, contrary to the rocky meteorites which lack cavernous holes in their interior (with the exception of Aumuamua which does have them), presents the porous characteristics of the adjacent pyroclastic igneous volcanic rocks which came from south of the Santa Victoria mountains in the ‘Cumbres Calchaquies’ of the Salta-Tucuman region, to the east of the Andes Mountains at 4,762 meters above sea level with an igneous-metamorphic base from the Inferior Precambrian Paleozoic of North Argentina, lands which are the tributary to the rivers (at a distance of 400 km and that have followed this path for thousands of years): Anta, Tala, Candelaria, Salí, andthe Dulce, in my province, which is 160 meters above sea level, where I picked up the rock in 1992. These rocks, because of their hollow interior are apt for receiving the life of those tiny inhabitants.

Noohrn and Aumuamua are only comparable geologically because of their vermillion gray color and their interior passages, which could confuse us, but our comparison lacks, among other things, the fusion crust that primarily identifies fallen meteors. The roundness of Noohrn characterizes it to be a rock worn down by the drag of the river water and time. It is speculated that Aumuamua is laminar, with an incredible thickness of a millimeter, a notable difference from our case and Noohrn will become an example for doubting these calculations.

Their attributes, which in the end is what interests us since they are natural phenomena to analyze, of which there are many in Noohrn characterized by their disobedience of the natural laws of the solar system, would explain in the same way the dilemmas that today intrigue Astronomy and other related sciences such as: a) the fundamental forces of our natural space, now in concordance with our deep levels of the Earth which I previously delineated as the mantel of magma and the nucleus, b) and the cause of the suspension and separation of the planets and stars, because of the appearance of a new supplementary force which is naturally generated by themselves, contrary to the graviton theories, the curve of space and others, that are insufficient and not entirely satisfactory.

It is highlighted then, and from this comes our title of phenomena and laws shared between dissimilar disciplines, that these similarities between the two objects in different spaces don’t only prove the appearance of another new element and moreover, that the entire universe is made of the same material, being one part underground and another dispersed in the galaxy, but that by both also possessing certain attributes beyond logic, gives way to conclude that they are established and explained by the same inexorable law, that it is too early to decree because all of this is just the iceberg of unimaginable worlds.

Today we can see the position and expansion of the planets like a flock of birds flying from pole to pole, who in order to arrive at their destination must overcome the sun’s gravity, the crushing of Earth, and must add their own same inert forces that push them to suspend themselves and advance in their journeys.

At the edge of these theories and as an Exotic Fauna Station since 1998, I have proceeded to place another igneous rock (Pomez), because of their similarities, next to the one seen in the photo; to try and raise some part of the colony in this new habitat, with connecting bridges for close observation and the incorporation of four new cameras that quadruple the definition of the images that have been taken up to this point, and in this way, control the new migratory movement of earthly insects of mid-level intelligence, in this case.

The colony is protected on a ten acre lot that has an abundant supply of native plants and is crossed by a branch, with both banks eroded, of an ancient Paleolithic riverbed of the Rio Dulce, which is where I brought Noohrn from without interfering with its food supply, which although it isn’t expressed, is probably from gases or the sand which is why I have it surrounded by these things and isolated from toxic elements. At the same time, we don’t interfere with the surrounding fauna, among which the reptiles stand out, at least from the viewpoint where they show their preference.

This rock is rotated, which is another one of its aptitudes in the selection of this Station and on the banks of the abandoned main riverbed of the Rio Dulce, which is the only route that it has known in its million year existence, and where it is taken periodically in order to maintain its physical balance.

This is the magnificent announcement of a scientific event in the 21st century.