There are others that exist: a- seven forces that are fundamental to the exterior and interior spaces of the planets and stars, and others b- also waves, and c- three unknown dimensional forces, which I will limit myself to showing.

Unfortunately – with respect to their credibility – all of these new fundamental forces of the universe can only be seen from another unknown dimension that is inaccessible to you, reason for which today, the one speaking to you, can present them to you. I understand your surprise, but this is different and another topic not related to the presentation of the new intelligent life forms from the previous pages that I discovered and that you can visit, without having to travel to these dimensions, and see in our dimension.

The forces that are accepted today are only those that occur when masses or fields are attracted to or repel each other and nothing more in this dimension that we live in, which is the second one. And these forces are now on the lowest step of scientific interest because they are all derived from one force, Newtonian gravity, and from there the scientist ‘‘sees’’, be it in the atoms or in electricity, that this force is functioning autonomously in another phenomenon and so ‘‘creates’’ a new fundamental force. In this way, today there are four fundamental forces.

In my findings, the future will be different. The number of forces will definitely be higher, because there are 7 of them that will be reached someday, because they have distinct natures and positions, and the sciences will find their particles in many phenomena in our space and in multiple dimensions.

They are the energies that I present today, separate from the organic specimen that we saw before, and that I refer to as ‘‘the other faces of our humanity’’, because they are intelligent beings made of energy, and they are not only found in a state of radiation that is emitted without reason or purpose, as are the 4 forces that we know. They are different.

The new forces or phenomena are living beings that act ‘‘by choice, upon an eventuality’’, that characterizes them as intelligent and invisible entities with a great force of ‘‘drive’’ and universal impulse, but that live outside of the force of gravity and their attributes have multiple diversities, which we will look at now.

When I say ‘‘invisible beings’’, I refer to an invisible being like the one born inside its family of the Placenta Eggs, in a state of pure energy that cannot be seen in any way nor in either of the two dimensions that we have talked about, but in another dimension that today we cannot see, but that seems very possible given the intense activity in the Egg Laying Center.

The general state, inside the egg laying center, is weightlessness, although they do have weight unlike what we know, because even when they are filled with the organic matter of the fetus or the traveler, they exercise their power of resistance to gravity, becoming the other authentic fundamental force that science painstakingly pursues.

Through my experience of touching the eggs with my own hands, it is probable that they are energies or visible electromagnetic spectrums and matter, both exercising their influences voluntarily, like when they carry the fetus or traveler, or anything else, and other different occasions.

But it surprises me that these weightless and invisible beings appear to emerge from the depths of our earth which is where the rock comes from as well as its matter-energy beings that we see in their distinctive races, when my original suppositions were that they belong to the entire exterior and interior universe, focusing their appearance (not their constitution, which is cosmic) here as a uniquely local phenomenon. I have evidence that confirms this, as with everything.

These forces belong only to the first dimension of energies, but invisible to us. They are the world and the universe without weight, that if we blew on the planets, they would move farther away from us. But both dimensions are in the same physical and temporal plane, to the point that the eggs shoot fetuses or travelers out over my head literally, and this origin is under observation now.

They can interact with me or you when you take a photo using the flash, by eliminating with the ‘‘peace of an angel’’ what they do not want to be seen and then, in a matter of seconds, returning everything to its place. I have proof.

This is to say that this first dimension we liken to the difficulty of invisibility or blindness, because we share the entire space of the effects of the events that occur or that they generate. I share on another page that it is like a world of optical illusions if we only speak of visibility.

Contrary to the 4 attractive forces that do not have a shape or defined figure, the forces that I present do have them and I show them to you in photographs and a film of them.

And in the future, principally, no theory of unification or of the total of these natural forces, like the hypothesis about the beginning of the universe, will be comprehended if they are missing these 7 or 8 new postulations, because if they are all invisible, mine at times show their faces, their sizes and functions, and at least they distinguish themselves from the ones that are already known.

But who would believe that with the little that we know today in the sciences, that this is all that the universe needs to function like the perfect machine that it is?

Who would doubt that these new personalized energies are the principle energies among those that are already known, just because of the way that I am making them known?

1 – GREATER FORCE, from the Geoastromin I that is the force that sustains, pushes, and gives the line to the trajectory of the planets through the use of white lights. You can see two of them at work among the planets and cosmic dimensional paths. Of its three colors, one of them becomes more noticeable depending on the function that is active, as happens with all of these phenomena. See them here: 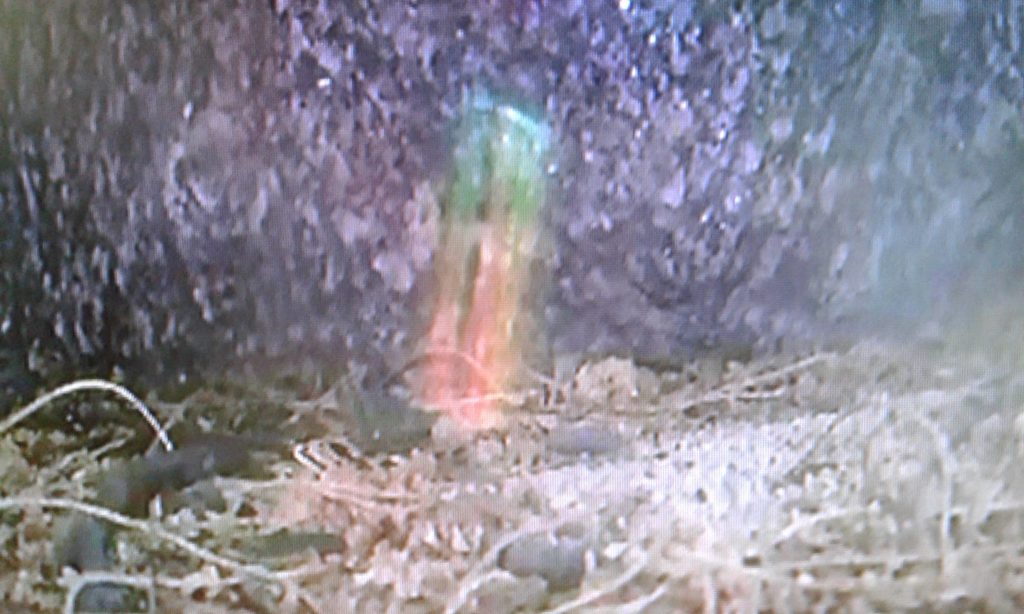 2 – LESSER FORCES from the Geoastromin II, (see the photo to the right of the rock) that is the local energy that maintains the other three locomotive forces that present the following characteristics: 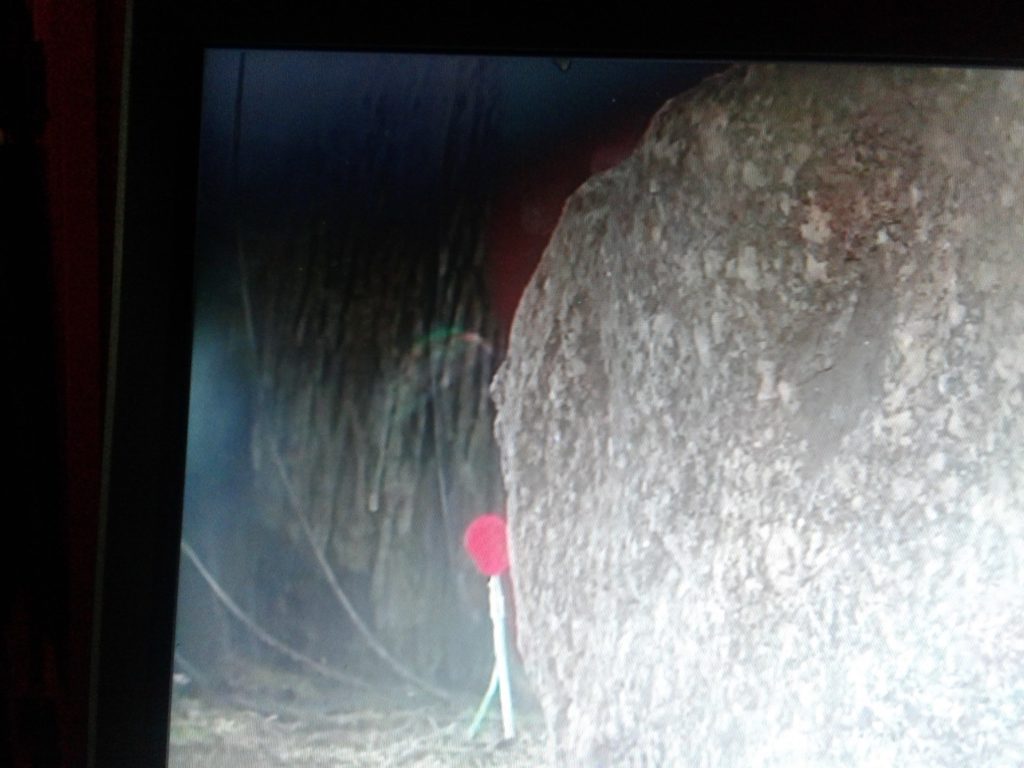 3 – LESSER FORCES OF TRACTION OF MOVEMENT AND EARTHQUAKES

Its shape is the point of an arrow that is blue or sometimes red. Its end can be pointing in any direction. It is found in the movements or earthquakes, like the movement that we used as children, generating movement within ourselves autonomously. This is the case of the Oumuamua asteroid. It is also the movement that I experienced 30 years ago when my car shook and there I called it ‘‘the force of love’’ because I am still attached to it to this day, and it is the force that also provokes or contributes to the general or isolated tectonic or seismic movements. In this state, I reach its filmable figure, and estimate that this event only happens in this dimension, foreign to us. 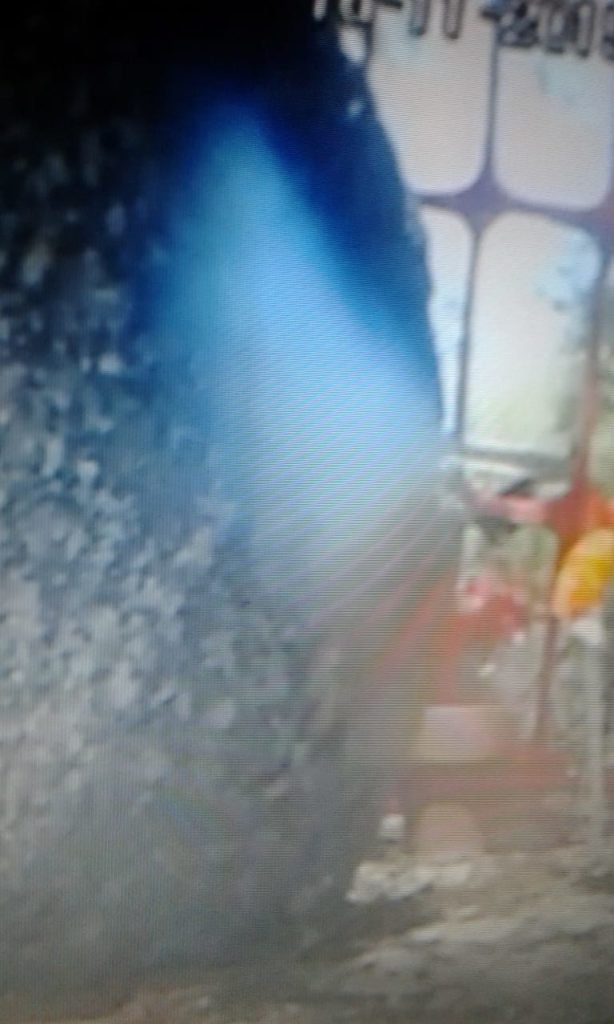 4 – HEALING FORCE, like an authentic community service for the heath and preservation of the sites that we – the ones seen below – and that we see every day.

5 – REPAIRING FORCE that is attentive at all hours and repairs the purity of the rock. It operates at all times. It also reconditions the photographed site or what might have been altered and plays a supporting role to the healing entity.

6 – THE WEIGHTLESS FORCE: is the one belonging to the placental eggs that can be seen in either of these videos, that is not only the engenderer of the energy, but also of the matter (which I don’t have evidence of yet) that gestates inside without altering the height. In addition, it is a force, because it resists being dragged down by gravity. We can clearly see that our origin comes from weightlessness. In the photos we can see a variety of them even in pre-birth contractive movements with electric oscillating movements inside.

7 – THE CONVERTING FORCE. It is the most common in this ecosystem and in all ecosystems of the same nature that proliferate from the center of the earth, on its surface, and in the entire cosmos, helping all of the rock’s inhabitants enter and exit passing through the rock in a flash, from the moment they are born and for forever. See what happens when one enters the rock, that it closes just like it was before. This is another force. In the pages that are shown in previous videos you can, on many occasions, see this fixing more clearly.

8 – THE FORCE OF THE SPACIAL DIMENSIONS

This is the great constrictive force that isolates and puts together infinite twin and complete worlds in hermetic and closed energy cubes, inside the same space.

I present them to you as the most fascinating forces, and even though they do not show themselves to be gravitational or locomotive forces based on their behavior with the affected masses, this new force is the one that is the most notable physical or quantic phenomenon that has been talked about in all of history.

I have the largest collection of evidential material about this topic that I have achieved because of my personal conditions to show the dividing membrane, but that no one escapes from possessing, that this is not my first nor last time and that I intend to open myself to other new dimensions.

It is the effective natural separator of worlds, or of its own but separated by 20 or 30 seconds, and in this way it continues to replicate itself endlessly, repeating like perfect clones all of the scenes that it has lived in this world that is ours, or dissimilar like that which I am sure of now, and that would collide if it didn’t have this executing model of restricted spaces.

These so called dimensions are walls that allow for the coexistence of worlds made of energy, gases, and matter from the same region, but with solar light that is darker, at least in the dimension that I am showing today.

Night of heavy thunderstorm and rain

Within this cage and at this moment the 2 filmed dimensions are happening.

Next you will see 5 videos where the 2 dimensions will be represented (the one above belongs to our dimension and the one below is within the other dimension).