Videos of specimens that inhabit the rock, Noorhn.

1st – The interested party should be aware that what they are about to see is of minute scale, and therefore should be prepared with a magnifying glass in hand.

2nd – Given the slowness of the species, watch the video in fast forward mode until the movement is located.

This is in spite of possible objections from Entomology:

There are so many questions presented to Astrobiologyby the unknown species on the videos, that there are only questions that don’t have answers, or they cast doubt as to if my rock is in reality a rocky entity of mysterious volcanic origin, or if it is only an ecosystem of breeds that live together as an organized colony where they reproduce and feed in their own way; but belong to the surface of the Earth. And it brings to light or shows the oddness that the unknown is solely because of the insufficient number of investigations by Biology and Zoology up to this point, due to the inconveniences that aren’t lacking because of the lack of resources and investigators for exclusive attention to this tiny world that would oblige them, or us, to gather the common rocks of our planet and not only take them to our work stations, as I have done, but also to place them under 7 or 20 video cameras, and sit to watch them carefully 24 hours a day as inert and uninteresting objects. This was not my case, because I didn’t find them because of they themselves, but because of their out of the ordinary and impossible to film abilities,which are only described in my chronicles published by Amazon and only available for reading in Spain, but unnecessary here for web analysis; and they, the striking phenomena, are the basis of the discovery. Faced with the uncountable infinity of species and the characteristics that surround them and that already exist within Zoology, we reserve the right to amend our views that are placed here.

The breeding space has under construction an artificial rock with video in only one common chamber with secondary ducts that connect between themselves, where we hope to learn about their pairing and reproduction, feeding habits, respiratory and digestive tracts, which we will then share and consult with official and academic entities. We must be cautious so that a mass suicide does not occur, given the intelligence and inexplicable powers that they possess and that is not recognized, reason for which they are more prone to this possibility, and not fail to make the most of the advantage that for the first time in millions of years, they have survived living among us for three decades, while apparently, we are indifferent to them. This is quite an accomplishment.

The rock, Noorhn, as it is known today, is evidently the oldest ecosystem inhabited by a civilization of multiple tiny breeds or minimally, it could be a miniature zoo of exotic species. But what are the chances that one single rock could contain 4 completely different breeds, when we see every day that different species group themselves together and distance themselves from others, even though they may join together only in the search for food.

Our species are not meat eaters which is shown through the death of the ‘intruder’ in which they limit themselves to the expulsion of the body within sight of the other group and they do not show any interest in keeping it for food.

These sightings give us hope that when summer arrives, the life of these beings could be known in a full spectrum. We have plans to achieve this and will publish it on the web.

The coexistence of these four diverse species in one single rock, plus those which we have yet to discover, reminds us of Noah’s Ark that prepares the different animals in pairs to preserve them for another world and a new life. So we could baptize our rock, ‘The Noorhn Ark’. 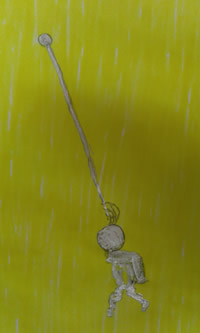 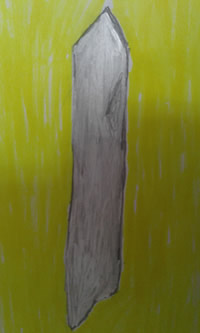 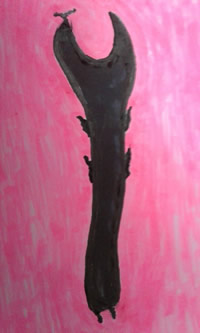 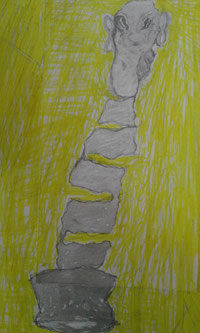 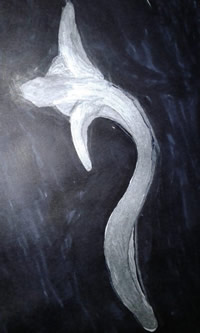 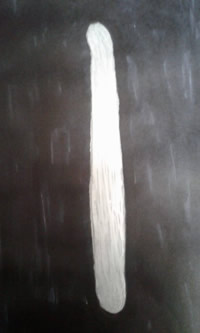 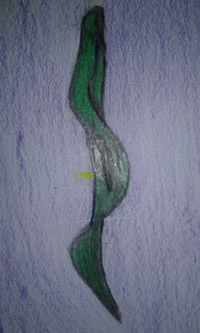 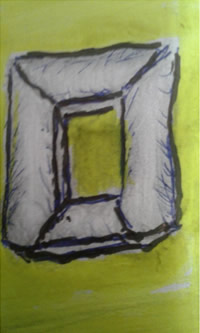