I captured him in an accidental photo when I found the cave that the ‘Loner’ comes out of. Both of them are in the same fissure of the rock and two centimeters apart. This is the best photograph. Behind him, parts of two other specimen can be seen.

Under his nose or eye, there is a piece of lifted skin which distorts his face.

Anyone who is interested can corroborate that this is the same species when he fights with two ‘intruders’ on the night of May 8th, 2019 after 11:00pm.

It is possible that his movements and moving around are done with air impulses that are generated by rotating the blades of the spiral with a certain velocity, like what we do to fly helicopters.

With this specimen I close the analysis and answers to the questions that these tiny particular men awaken, but there is one question remaining: Why haven’t we seen any color in the skin of these inhabitants of Noorhn’s Ark? 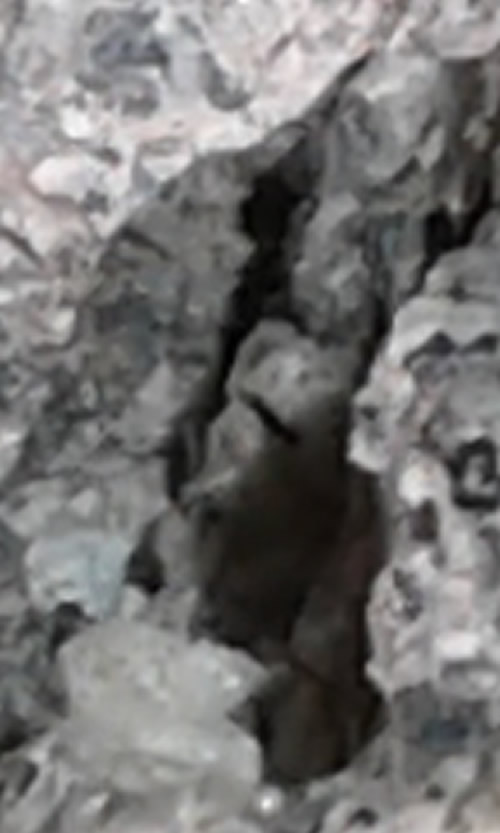 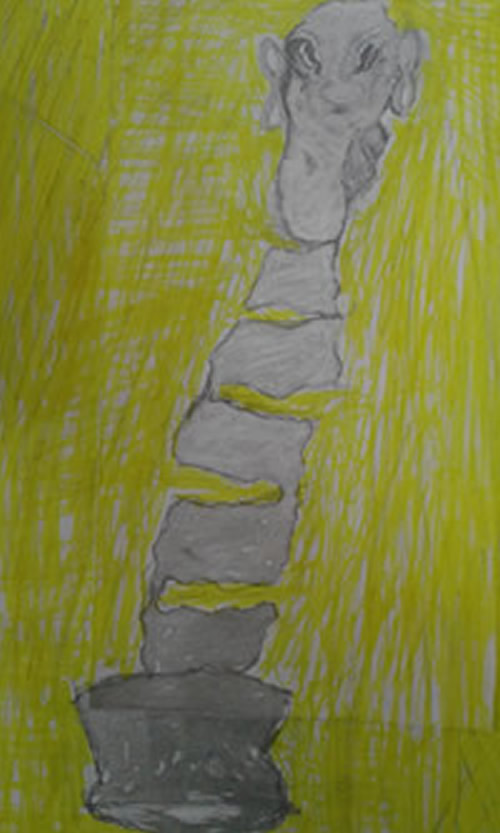